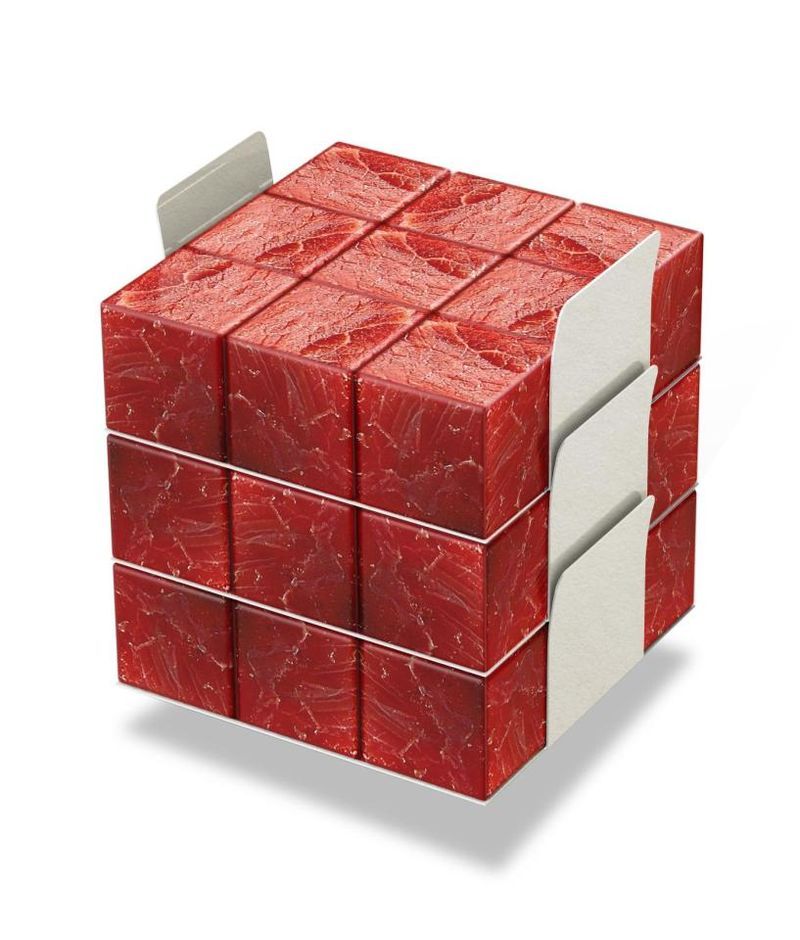 Joey Haar — January 16, 2017 — Art & Design
References: thesun & dailymail
Share on Facebook Share on Twitter Share on LinkedIn Share on Pinterest
As Path's cubed meat packaging designs show, a future in which meat is grown without ever having to harm animals is not so far away. The concept project, completed for UK trade magazine 'The Grocer,' envisions several possibilities for what could be on the horizon in the meat industry.

Lab-grown meats might seem far-fetched, but the concept is relatively close to being a reality. Some even predict that artificial meat could be on the shelves of supermarkets within as little as five years. As such, Path's packaging concepts are more pressing than one might expect.

Path's project consists of two different concepts, both of which explore the possibilities of lab-grown meats in different ways. One plays with the idea of shape; since artificial meat won't come from an animal, it can be grown in any form. Path's cubed meat packaging makes the most of that geometric freedom. The company also designed packaging for panda meat, because lab-growing meat eliminates the ecological harm of eating endangered species.
4.2
Score
Popularity
Activity
Freshness
Get Better and Faster