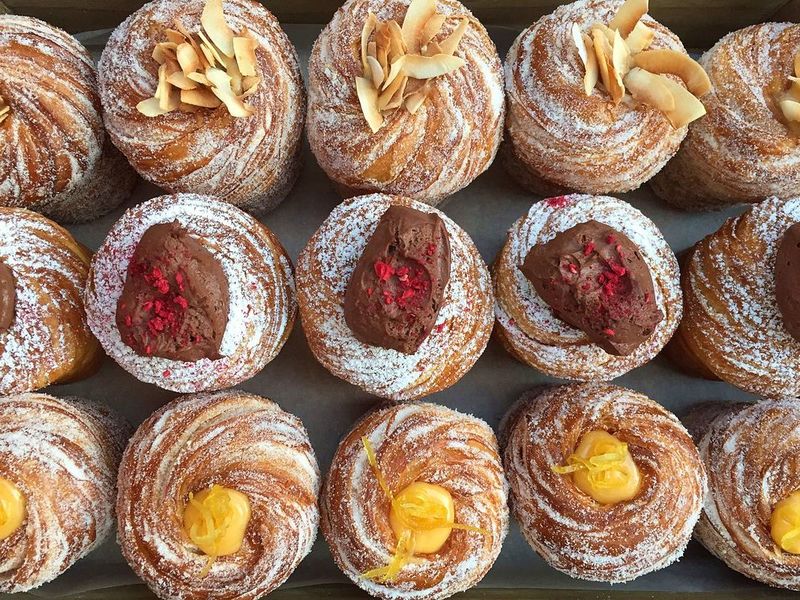 Korica's Cruffin Menu is a First for the Croatian Capital

"The pastry is made by proving and baking laminated dough in a muffin mould. The cruffin is then filled with a variety of creams, jams, crème pâtissières or curds, and then garnished."