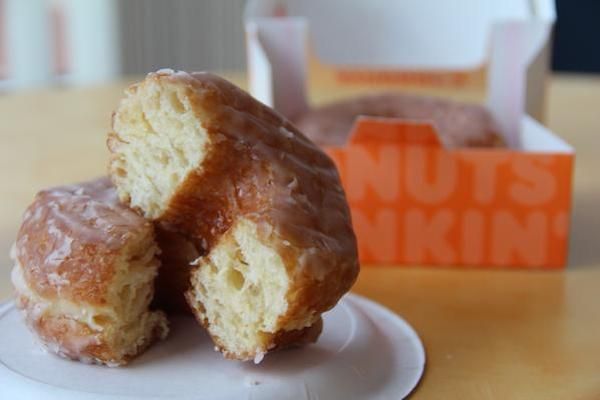 Alyson Wyers — October 31, 2014 — Lifestyle
References: dunkindonuts & designtaxi
The days immediately following Halloween are often spent in a sugar high daze, which this wear will be more of a croissant donut glaze haze. Dunkin Donuts recently announced beginning November 3rd, 2014 they will be launching a cronut-like confection that combines the two pastries. For a limited time, the confectionery hybrid will be available at participating American restaurants.

The Croissant Donut features "24 layers of buttery dough" covered in the same sugary glaze used on their classic glazed donuts. However, there will be no cream filling with this version.

Preceding the announcement, the brand took to Instagram to announce their marriage of the two popular flavors next month.

If you have been wanting to try the cronut for the past year or so, now is your chance.
2.7
Score
Popularity
Activity
Freshness