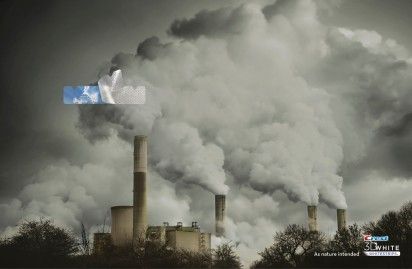 Meghan Young — November 21, 2013 — Marketing
References: kaplanthaler & ibelieveinadv
Share on Facebook Share on Twitter Share on LinkedIn Share on Pinterest
Many commercials advertising the benefits of teeth whiteners often focus on the culprits (wine, coffee and more) and how one's signifiant other suffers because of it; yet the Crest 3D White Whitestrips ad campaign takes a different path. Instead, it focuses on more of a highbrow concept that revolves around the tag line, "As nature intended."

Conceived and executed by Publicis Kaplan Thaler, an ad agency based in New York, New York, the Crest 3D White Whitestrips ad campaign shows polluted scenes such as smoggy skies, oiled filled waters and, on a more figurative level, a tattooed body and shows how when peeled back, the whitening strip reveals something refreshing beneath. People will immediately make the connection with their own teeth.
3.7
Score
Popularity
Activity
Freshness
View Innovation Webinars