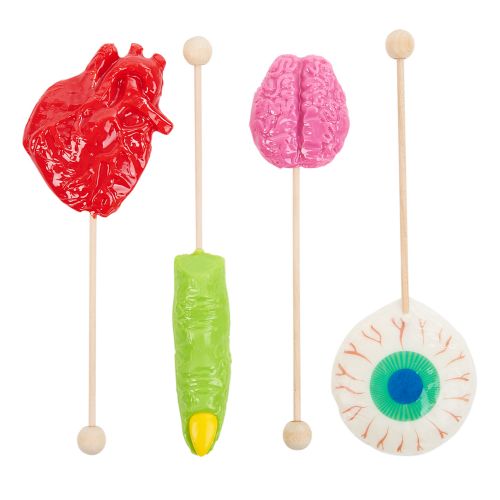 Laura McQuarrie — October 16, 2015 — Lifestyle
References: dylanscandybar
Share on Facebook Share on Twitter Share on LinkedIn Share on Pinterest
For this year's Halloween season, Dylan's Candy Bar is packaging up a set of creepy Halloween candies and branding them as 'Witches Brew Body Part Pops.' Rather than being completely gruesome and unsettling to eat, each candy that resembles either an eyeball, a heart, a brain or a green finger is more like something from a cartoon in appearance. As well as looking frightfully delightful, the candies come in flavors like cotton candy, watermelon, cherry and apple.

In place of being stuck to ordinary sucker sticks, the Witches Brew Body Part Pops feature handles that one could imagine would be creepily used to stir a stew cooked in a cauldron by a witch.