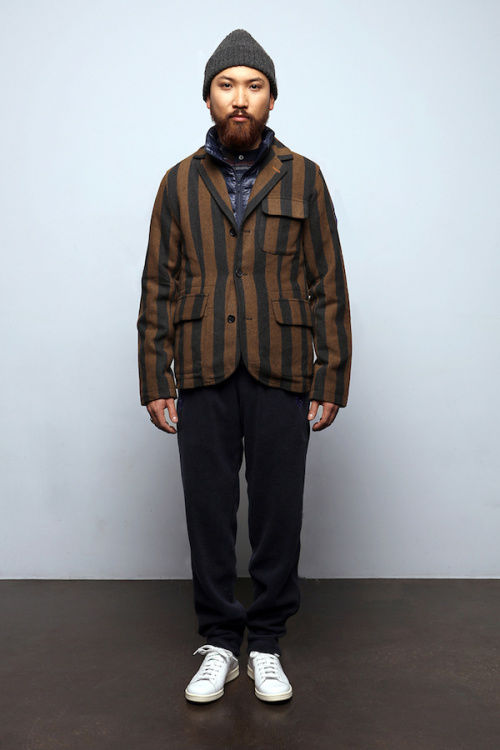 Riley von Niessen — December 7, 2016 — Fashion
References: creep-clothing & hypebeast
Hiroshi Awai is the designer behind CREEP apparel, which specializes in contemporary menswear that manages to have a timeless aesthetic simultaneously.

For the brand's 2016 Fall/Winter collection, Hiroshi Awai sticks to a utilitarian theme, mixing functionality with a modern edge. He does this by adapting classic prints and cuts in a slight manner -- utilizing green leaves to form the appearance of camouflage on pants for example. In addition, he decorates blazers with thick vertical stripes of a neutral color to make them more unique.

Also included in the new CREEP apparel collection are trousers, button-ups, bombers, vests, sweaters and selection of different jacket styles. Although the pieces differ quite drastically throughout the series, they all come back to the overarching outdoorsy theme.
5.3
Score
Popularity
Activity
Freshness