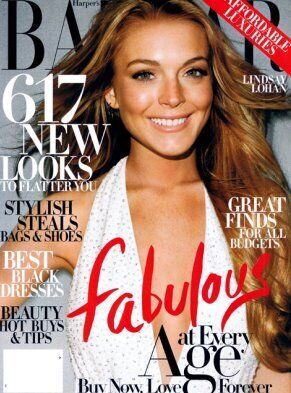 Appealing to women on a budget has never really been a target goal of these magazines, which have traditionally catered to affluent women who have no problem spending over $1,000 on a designer ‘it’ bag, or a few hundred dollars on Christina Louboutins.

With the recession, however, people are having to become a lot more frugal, and one of the first places people are going to be cutting back is on fashion.

Check out a few of the featured stories on December 2008 magazine covers below:

Great Finds for all Budgets

238 Perfect Picks for Everyone $5 and Up

Friends with Money: How to Deal When You’re the Broke One

108 Holiday Luxuries We Can ALL Afford

The gallery also shows the Vogue November 2008 cover featuring Reese Witherspoon and the story, “Chic Destinations for the Wallet-Conscious.”

Interestingly, other less high-end fashion magazines don’t seem to be featuring anything pertaining to budgets on their covers. It’s an observation to keep an eye on.
3
Score
Popularity
Activity
Freshness
Attend Future Festival

Credit Crunch Chocolate
If You Can't Beat it, Eat it!