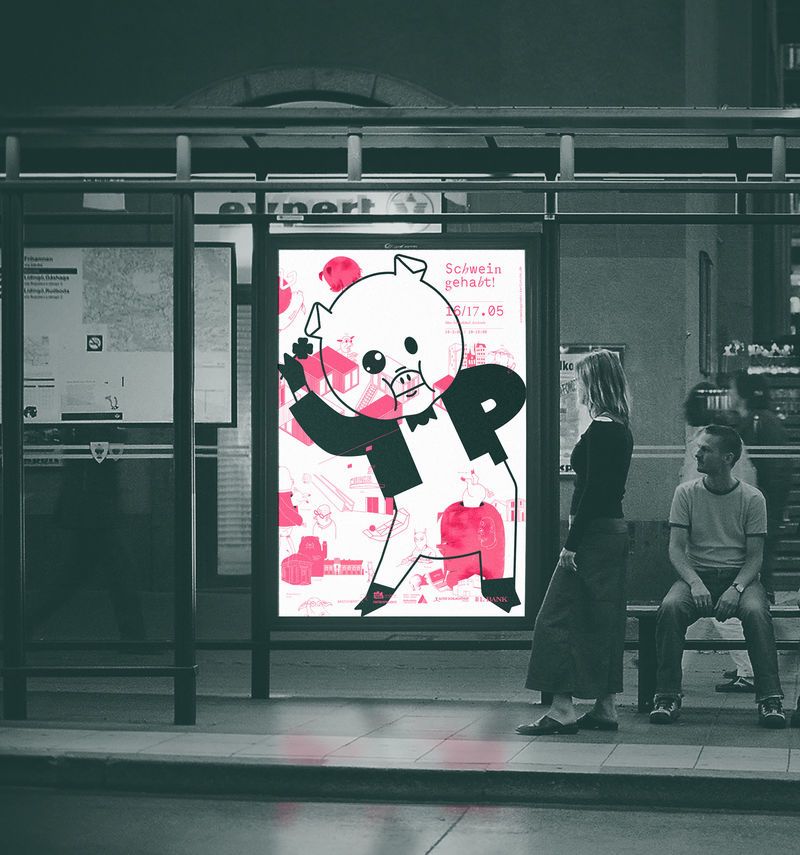 The Scwein Gehabt! Event Has a Whimsical & Pinkish Image

Kalina Ned — June 11, 2018 — Marketing
References: christophruprecht & behance.net
Share on Facebook Share on Twitter Share on LinkedIn Share on Pinterest
Schwein Gehabt! is a creative festival that is held every two years at an old slaughterhouse complex in Karlsruhe, Germany. The event is designed to put creatives, businesses, start-ups and young entrepreneurs in touch with the public. Of course, opening up such paths of communication warrants consistent, engaging and playful imagery.

The creative festival employed illustration collective Atelier Remise and art director Christopher Ruprecht for its visual representation. The saying 'Schwein Gehabt!' loosely translates to "having a stroke of luck." However, since "Schwein" is the German word for "pig," the promotional materials for the creative festival feature a recurring motif of the farm animal.