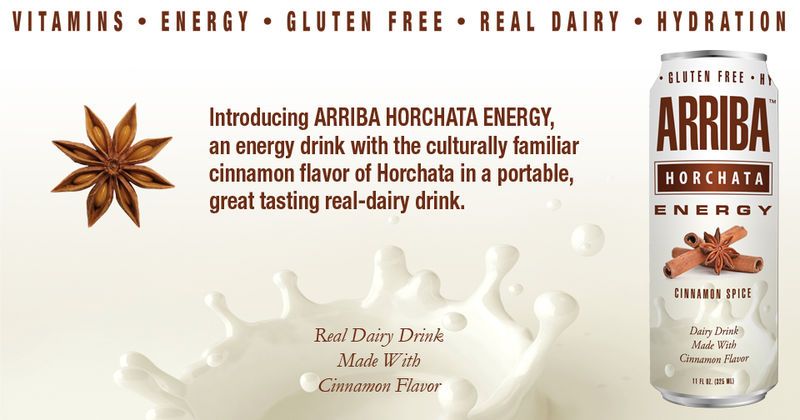 This Creamy Energy Drink is Infused with Real Dairy and Cinnamon

Katherine Pendrill — October 23, 2015 — Lifestyle
References: drinkarriba & businesswire
Share on Facebook Share on Twitter Share on LinkedIn Share on Pinterest
'Arriba' teamed up with Snoop Dogg to produce a creamy energy drink that is infused with real dairy and cinnamon spice. Horchata is a traditional Spanish drink, which is generally made from grains such as rice or nuts such as almonds. Putting a new spin on this age-old recipe, this unusual energy drink boasts a sweet cinnamon flavor.

'Arriba Horchata Energy' is a creamy energy drink made from real dairy. The drink is designed to mimic the familiar taste of Horchata, which has a sweet yet subtly spiced flavor. Unlike other energy drinks, Arriba Horchata Energy tastes more like a dessert than a soda. Despite its sweet flavor profile, the drink manages to deliver a powerful burst of energy in the form of active ingredients such as taurine, guarana and ginseng.

The Spanish-inspired energy drink is perfect for consumers who are looking for a beverage that delivers a burst of caffeine without the artificial taste that characterizes most energy drinks.
3.3
Score
Popularity
Activity
Freshness
Jeremy Gutsche Keynote Speaker