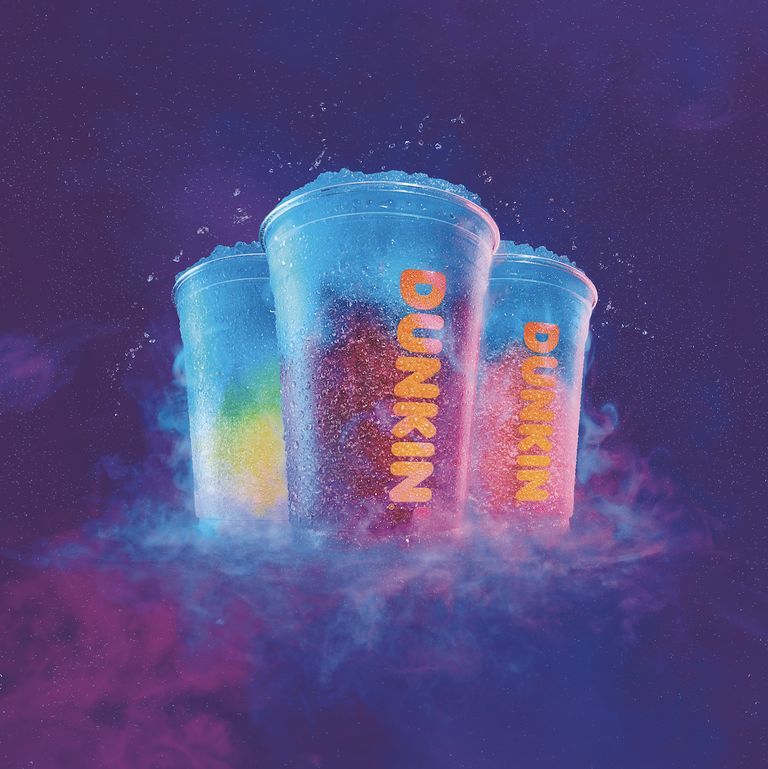 Laura McQuarrie — April 26, 2019 — Lifestyle
References: news.dunkindonuts & delish
Share on Facebook Share on Twitter Share on LinkedIn Share on Pinterest
To celebrate the 50th anniversary of the Moon Landing, Dunkin' is bringing back its brilliantly colored Cosmic Coolattas, plus two new flavors. While Dunkin' previously introduced the Cosmic Pineapple Coolatta, fans will be able to try the all-new Cosmic Grape Coolatta, which layers grape and blue raspberry slushies, and the Cosmic Strawberry Coolatta, which is accented by a blend of strawberry and blue raspberry. Beyond providing refreshment and flavor, these drinks will also undoubtedly become the subject of many photos shared on social media, thanks to the way the layered colors of the beverages look like out-of-this-world star clusters.