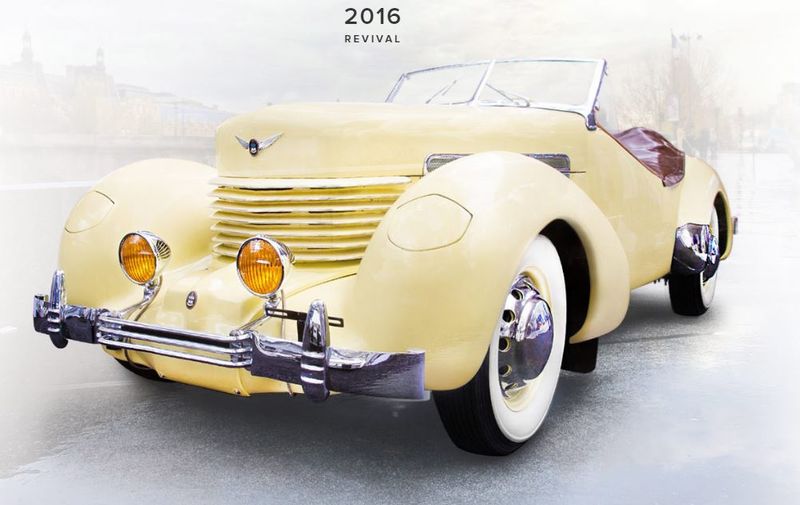 Joey Haar — November 24, 2016 — Autos
References: cordrevival & digitaltrends
Share on Facebook Share on Twitter Share on LinkedIn Share on Pinterest
Though today it won't resonate with the vast majority of consumers, 'Cord' was once a very highly regarded name in the auto industry. In the pre-war era of automobile manufacturing, when America was the dominant force, Cord built some of the most popular and technologically impressive vehicles. Now, the historic car brand is being revitalized, bringing the classic style into the 21st century.

Cord, an Indiana-based company originally, produced vehicles from 1929 to 1932 and from 1936 to 1937. Within that short run, Cord produced some unique vehicles, including the 812, which was the first car to sport retractable headlights and come standard with a built-in radio. The limited edition modern Cord's will likely reference these qualities.
4.6
Score
Popularity
Activity
Freshness
Get Trend Hunter Dashboard