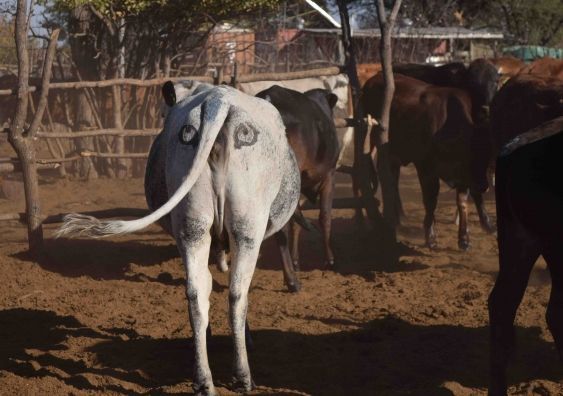 Conservationists are Drawing Eyes on Cattle to Scare Predators

Joey Haar — July 20, 2016 — Unique
References: newsroom.unsw.edu.au & boingboing.net
Share on Facebook Share on Twitter Share on LinkedIn Share on Pinterest
A creative, low-cost conservation campaign developed by a research team at the University of New South Wales hopes to prevent cattle in Botswana from being preyed upon by lions that hunt in the same area. The campaign, informally entitled 'iCow,' is simple: researchers paint sets of intimidating eyes on cows' rumps, which cause the offending lions to believe they have been spotted and forgo an attack.

Lions hunt via stalking and ambushing, and so their method requires surprise. In the wild, if a lion recognizes that a gazelle, for instance, has seen it, it won't waste time and energy pouncing, since the gazelle will surely run away. Professor Neil Jordan noticed this behavioral trait and decided to apply it to a conservation campaign. Over the course of a ten week trial, three unpainted cattle were eaten, while none with the painted rears were attacked.

Though still early, more thorough success in this campaign would illustrate the benefit of thinking outside the box when addressing ecological concerns.
2.4
Score
Popularity
Activity
Freshness
View Innovation Webinars