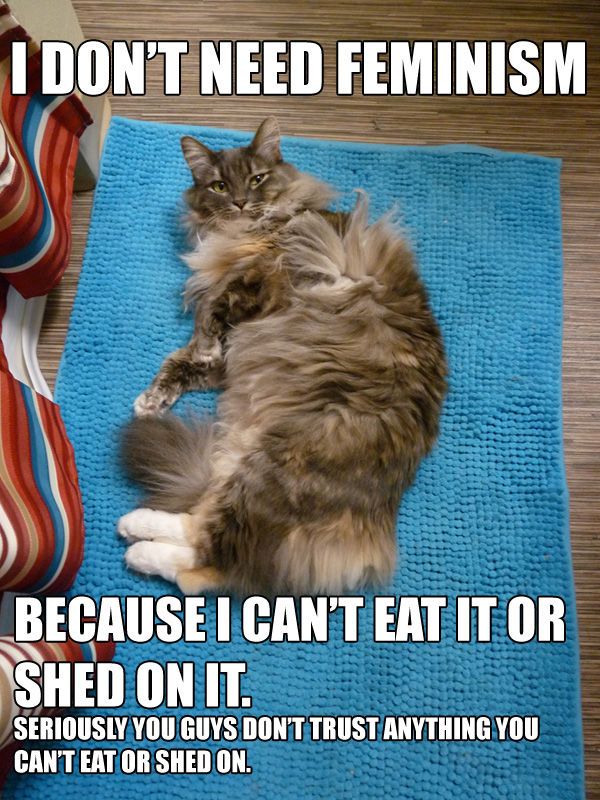 Confused Cats Against Feminism is a Hilarious Parody

The blog parodies declarations made by staunchly anti-feminist women (who have clearly missed the point of feminism entirely), such as, “I don’t need feminism because I don’t think it’s necessary to belittle an entire gender in the name of equality."

The site features felines with similarly misguided statements about feminism. For instance, one submission reads, "Equal pay for equal work?? Who wants to work!?," while another entry states, "I oppose feminism because I love boxes and everyone knows that feminists hate boxes." The message is clear: feminism is the cats pajamas, whether these fluffy felines know it or not!
4.9
Score
Popularity
Activity
Freshness
Jeremy Gutsche Keynote Speaker