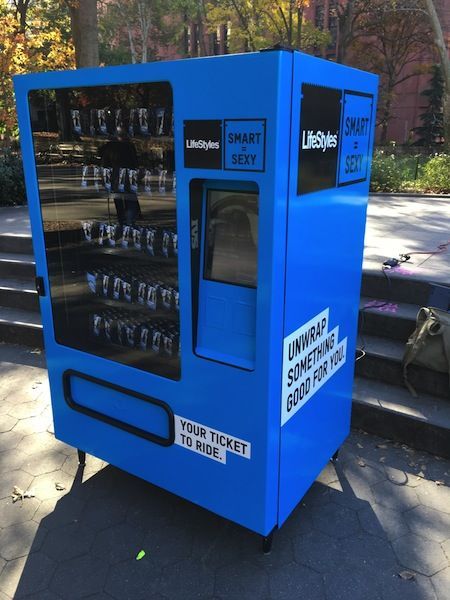 These Vending Machines are Designed to Promote Safe Sex

Katherine Pendrill — November 21, 2016 — Lifestyle
References: facebook & bustle
Share on Facebook Share on Twitter Share on LinkedIn Share on Pinterest
As part of its 'Smart is Sexy' campaign, LifeStyles Condoms created several one-of-a-kind condom vending machines that help to promote safe sex. Not only do the machines make condoms easily accessible, but they also features an interactive component that reminds "people of the 'smart' behaviors around sex, relationships, and protection."

The condom vending machines were created by LifeStyles Condoms as a clever new way to create an open dialogue about condom use and the spread of STIs. The first of the machines was set up in New York City's Washington Square Park, while another is currently stationed in Webster Hall until mid-December. Unlike ordinary vending machines, the LifeStyles machine is a high-end ATM that requires users to take a short quiz about sexual health before they receive their free sample. The idea is to ensure that consumers are well informed about the benefits of condom use, while also making the contraceptive easily accessible to consumers.
3.6
Score
Popularity
Activity
Freshness
Attend Future Festival