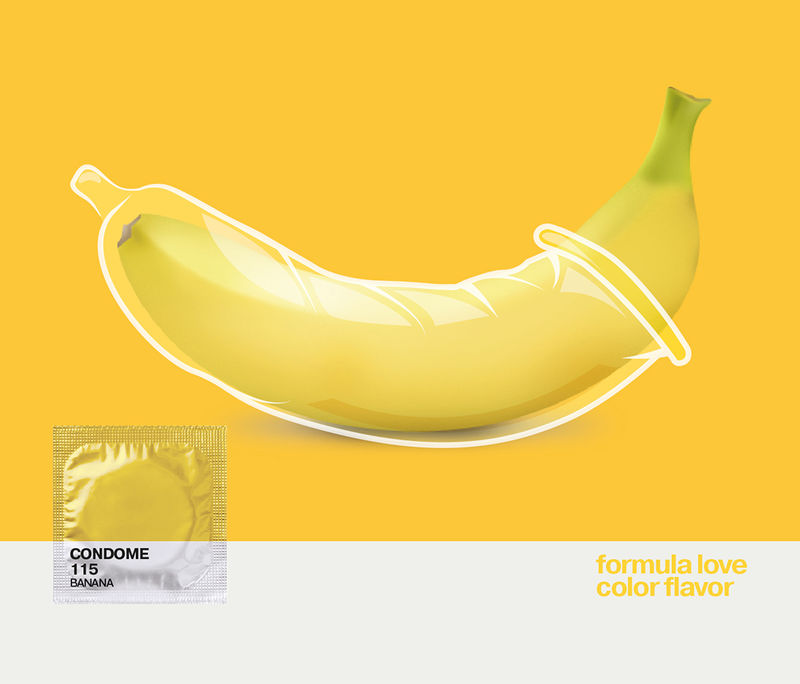 This Condom Packaging Was Inspired by Pantone Swatches

Mishal Omar — September 19, 2016 — Naughty
References: darkdesign.ru & packagingoftheworld
Pantone is a company in New Jersey known for its color-matching system and this condom branding is inspired by the company's swatches.

Pantone's color-matching system is comprehensive and includes thousands of different colors and shades. The condom branding concept was designed by the studio 'Dark Design Group' and comes in packs of three that each resemble the swatches that Pantone creates. Each individual color is representative of a flavor, which is also numbered and labeled underneath the branding -- just like Pantone's swatches are. The condom flavors and accompanying illustrations include bananas, mangoes, cherries, lemons, grapes and more that each appear to be wrapped in condoms.

This concept for condom packaging combines the design of a recognized brand and relates it to sexual health, ensuring that it is able to capture the interest of people who are sexually active.
4.7
Score
Popularity
Activity
Freshness