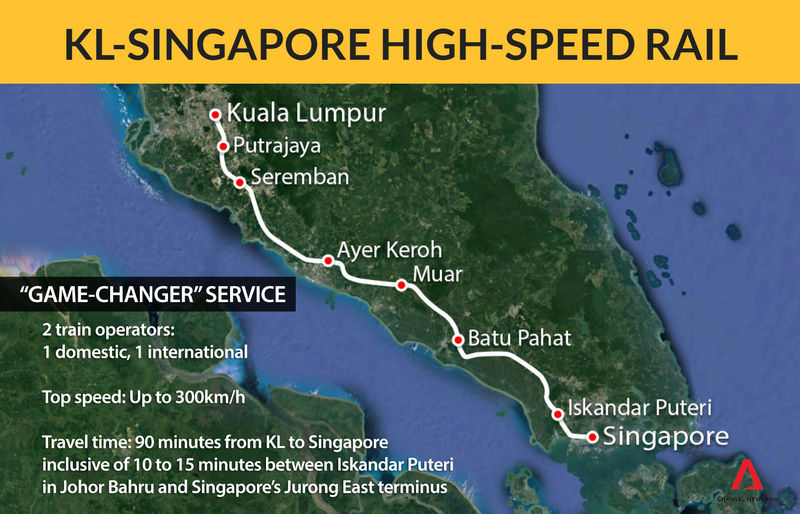 The 'High-Speed Rail' Line in Malaysia Will Reach 300 KPH

Joey Haar — July 20, 2016 — Autos
References: lta.gov.sg & mashable
Share on Facebook Share on Twitter Share on LinkedIn Share on Pinterest
The Malaysian government has partnered with the Singapore government to build a new, blazing fast commuter train called the 'High-Speed Rail' line. Covering 350 kilometers, the train is expected to reach a top speed of 300 kilometers per hour, meaning that the total ride time between the two metropolises will be just 90 minutes, including the eight stops en route.

Compared to previous modes of travel between Kuala Lumpur and Singapore, the new commuter train will be far more convenient. Driving currently takes approximately five hours, and, according to Channel News Asia, the "existing train service takes up to 11 hours to journey between Singapore and [Kuala Lumpur]." Though flying takes about one hour, after adding time to get to and from the airports, checking baggage, et cetera, the total process is several hours long.