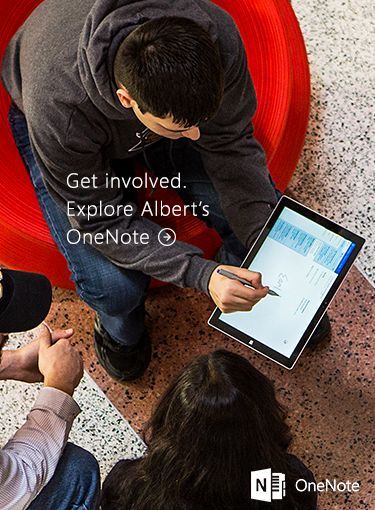 Laura McQuarrie — June 29, 2015 — Life-Stages
References: office.tumblr & adexchanger
Share on Facebook Share on Twitter Share on LinkedIn Share on Pinterest
In order to prove the merit of programs like Word and PowerPoint in the digital age, Microsoft set up the Collective Project campaign. In competition with a number of apps, tools available for free online and other similar cloud-based services, Microsoft took on the task of appealing to a Millennial audience through social media.

Knowing that traditional banner advertisements were not going to hit home with many informed digital natives, Microsoft pumped up OneNote on social media. Most of this campaign was hosted on Tumblr, but the brand took it further by using Sharethrough's Native Cards. This is a dynamic advertising format that makes it possible to click content without being redirected to anther site. Instead, an advertiser's content becomes hosted on a publisher's page, appealing to Millennials who sometimes don't even have the patience or desire to be redirected to a whole new site.

By using the Sharethrough Tumblr Cards, Microsoft was able to create real-time images, articles and call-to-action prompts that would appear in a user's news feed.
1.8
Score
Popularity
Activity
Freshness
Get the 2021 Trend Report FREE