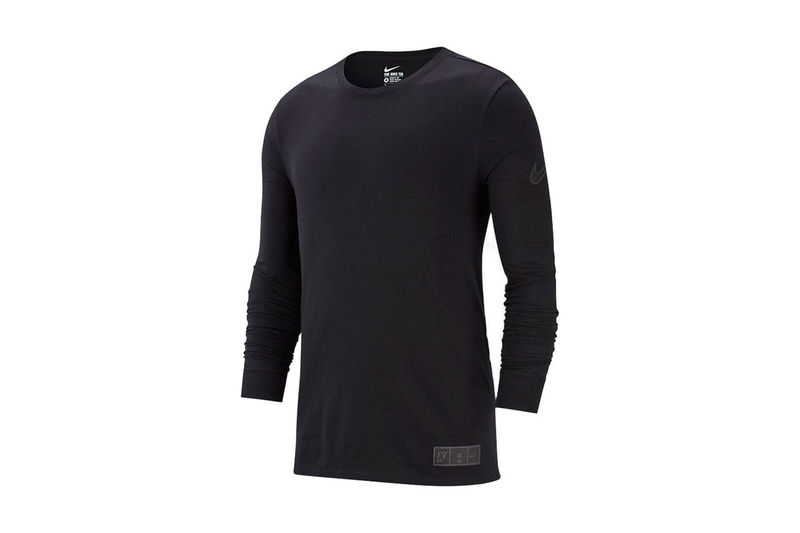 Nike Introduced the First of Its Colin Kaepernick Products This Season

Amy Duong — October 29, 2018 — Social Good
References: nike & hypebeast
Nike recently launched a 'Just Do It' campaign featuring former NFL player Colin Kaepernick and now it dropped the first of its Colin Kaepernick products for the season. This concept surrounding the campaign garnered a lot of controversial dialogue, as Kaepernick fought for equal rights on the field. The first piece of the line is a long-sleeve t-shirt finished with subtle details. It is complete in a sleek black hue throughout, with details on the back recalling the athlete. It reads "Kaepernick" done in 3M outlining for reflective elements.

The sleeves boast branding details in the form of its signature Swoosh in the same reflective materials alongside the quote from the campaign, "Believe in something, even if it means sacrificing everything." The shirt's hem sees tonal stamps that represent the athlete's face and hair and Nike's branding.
7.1
Score
Popularity
Activity
Freshness