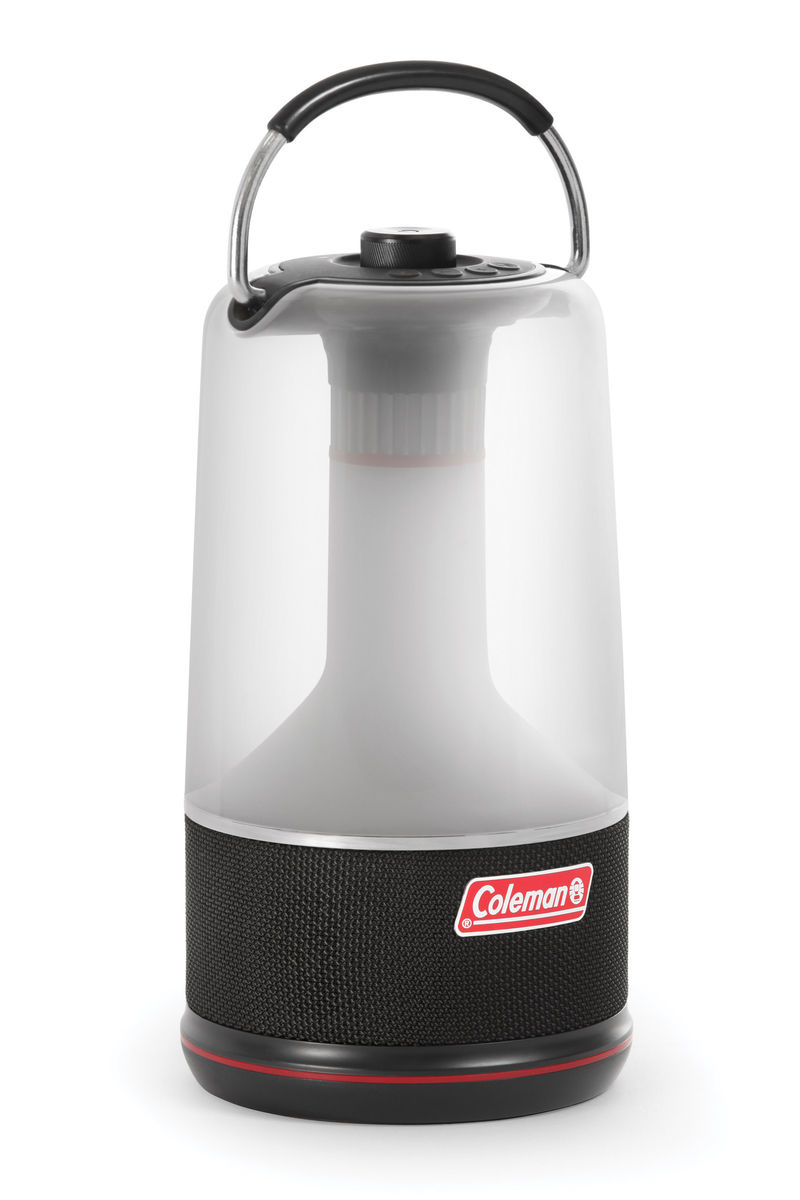 Laura McQuarrie — May 17, 2018 — Tech
References: Coleman & prnewswire
The newly launched Coleman 360° Sound and Light lantern boasts the ability to enhance one's campsite as more than just a source of light. The multipurpose lantern appeals to the modern camper with its rechargeable lithium-ion battery, built-in USB charging port and Bluetooth speaker, which makes it possible for songs to be wirelessly streamed via a mobile device.

The light- and sound-emitting camping lantern boasts the ability to play music for up to 20 hours, promising to simplify one's packing list when it comes to enjoying time spent outdoors.

While the integration of sound is a major feature of this new Coleman lantern, its ability to illuminate a site should not be overlooked—the Coleman 360° Sound and Light lantern can cast light as far as 24 feet at 400 lumens.
3.8
Score
Popularity
Activity
Freshness