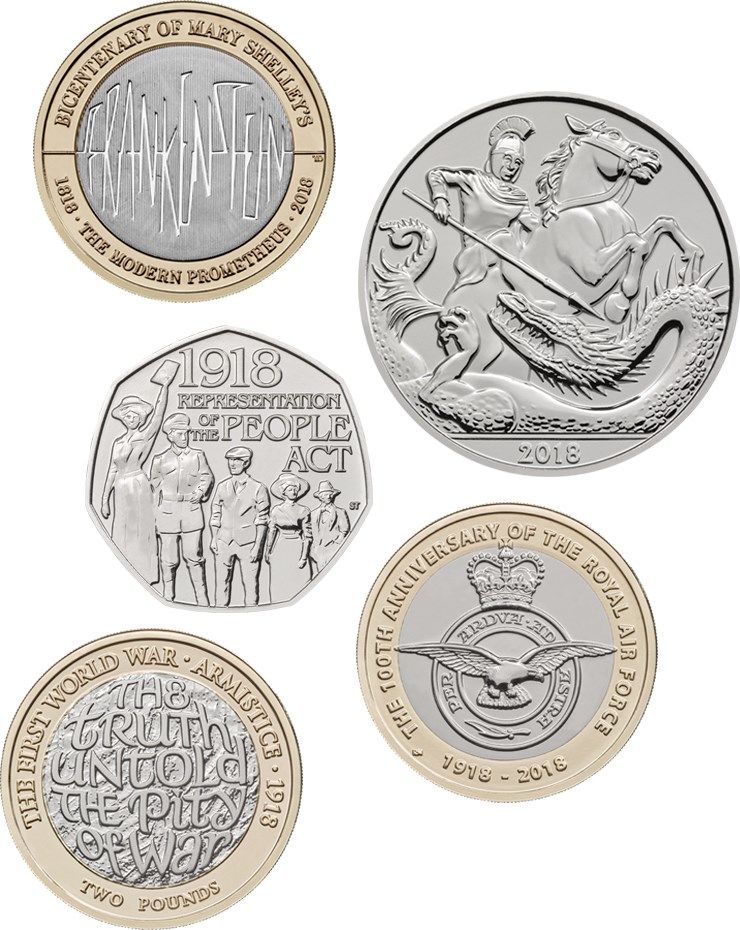 Laura McQuarrie — January 5, 2018 — Art & Design
References: royalmint & cambridge-news
Share on Facebook Share on Twitter Share on LinkedIn Share on Pinterest
The Royal Mint's annual coin sets are a celebration of past, present and future, offering a glimpse into the year ahead with pieces that show off memorable events and anniversaries. The 2018 Annual Sets mark significant moments in British cultural history, including a piece that commemorates the publishing of Mary Shelley's Frankenstein in 1818. As 2018 marks the 100th anniversary of the end of the First World War, another coin in the set features a quote from war poet Wilfred Owen’s 'Strange Meeting.' Some of the other coins in the collectible set mark the passing of the Representation of the People Act, as well as the founding of the Royal Air Force.

In the past, limited-edition 50p and £2 coins released by The Royal Mint have sold for well above their face value, meaning that this newest coin set will catch the eyes of many collectors.
1.2
Score
Popularity
Activity
Freshness
Attend Future Festival

Digital Scrapbook Apps
The Thinga.Me Helps You Show Off Your Collectibles To the World