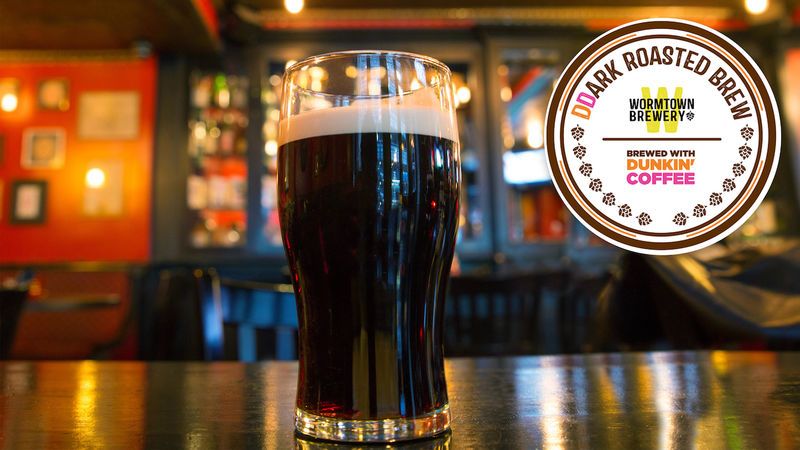 Laura McQuarrie — December 21, 2017 — Marketing
References: dunkindonuts & today
Share on Facebook Share on Twitter Share on LinkedIn Share on Pinterest
Although coffee-flavored beer is not a new idea, there have been plenty of coffee-infused products released over the last year along with the rise of craft coffee culture—and to round out the year, Dunkin' Donuts is announcing its own take on this concept in collaboration with Wormtown Brewery.

The DDark Roasted Brew, a robust, coffee-flavored stout, was created to help people celebrate "the darkest day of the year" with the arrival of the winter solstice. This beer is the first of its kind to be brewed with Dunkin' Donuts Dark Roast beans and will only be available to consumers for a limited time through Wormtown Brewery's Tap Room in Worcester, Massachusetts. On December 21st, the Dunkin' Donuts culinary team will be on-site to serve special donut and beer pairings.

Like Dunkin' Donuts, Taco Bell is another brand in the QSR industry that's experimenting with the release of its own branded beer.
2.6
Score
Popularity
Activity
Freshness
Get Trend Hunter Dashboard