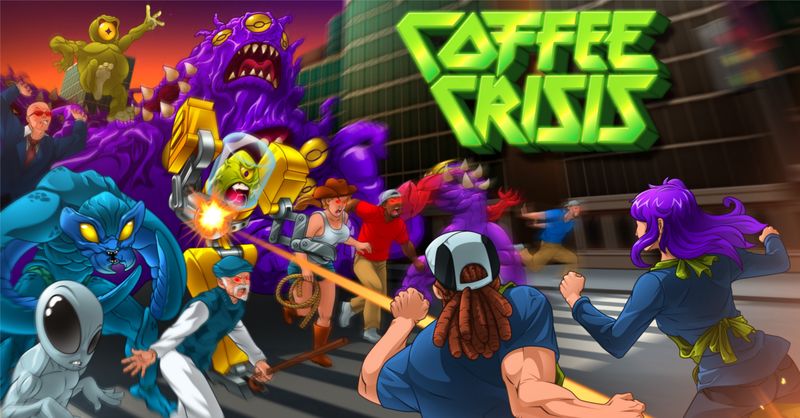 Joey Haar — May 11, 2018 — Tech
References: games.megacatstudios & thenextweb
Share on Facebook Share on Twitter Share on LinkedIn Share on Pinterest
In a delightfully zany release, Megacat Studios' 'Coffee Crisis' pits a pair of metalhead baristas in Pittsburgh, Pennsylvania, against an oncoming horde of alien invaders. The extraterrestrials are intent on stealing the heroes coffee, WiFi, and cat videos, and only the intrepid players have the ability to stop them.

As that brief description shows, Coffee Crisis is certainly a silly game. That said, it was crafted with love. The Black Forge Coffeehouse, which the baristas are trying to protect, is a fictional cafe, but the levels throughout Coffee Crisis are modeled after real streets and areas throughout Pittsburgh, like PNC Park where the Pirates plays, the Duquesne Incline railroad, and Warrington Avenue, to name a few.
1.4
Score
Popularity
Activity
Freshness
View Innovation Webinars