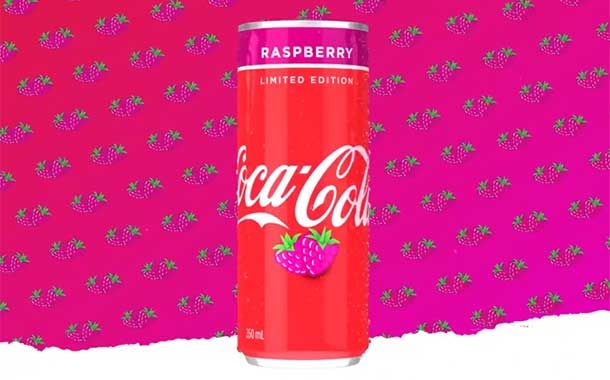 Michael Hemsworth — November 28, 2017 — Lifestyle
References: coca-cola.au & foodbev
Share on Facebook Share on Twitter Share on LinkedIn Share on Pinterest
The Coca-Cola Raspberry soda has been announced by Coca-Cola Australia as a new flavor for the summer season that is just arriving in the country. Set to go on sale starting tomorrow, the soda is limited-edition for summer and contains 25% less sugar than Coke Classic, which makes it a lighter option for consumers to pick up.

The sweet, fruity cola is being released in slender cans that are adorned with cartoon raspberries to enhance the playful nature of the new product release. Speaking on the new Coca-Cola Raspberry, Lisa Winn, spokesperson for the brand in Australia, said, "We’ve seen how much Australians have been enjoying our other limited-edition flavours, like Coke plus coffee and Coke plus ginger. Introducing a twist of raspberry seemed like the perfect fit for the Australian summer."
3.5
Score
Popularity
Activity
Freshness
Get the 2021 Trend Report FREE