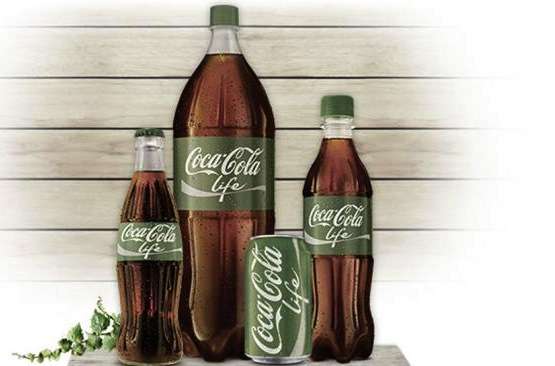 The New Coca-Cola Life Uses Stevia Sweetener Instead of Sugar

Laura McQuarrie — August 16, 2013 — Eco
References: coca-colalife.ar & beveragedaily
Coca-Cola 'Life' is a new addition to the iconic soda pop family. The new kind of Coke has been released in Argentina and it sports very green packaging. In addition to its green-colored labels, the bottles for Coca-Cola Life contain materials derived from plant-based materials. The bottle is not entirely plant-based, but Coke plans to introduce an entirely plant-based bottle in the future.

As well as trying to increase its efforts to be more sustainable, Coca-Cola Life is made to appeal to consumers who value health. 'Life' is made with stevia, a plant-based sweetener and it has half of the calories a classic bottle of Coke does. By replacing sugar, this new addition to the Coca-Cola family aims to offer a healthy soda pop beverage option.
5.5
Score
Popularity
Activity
Freshness