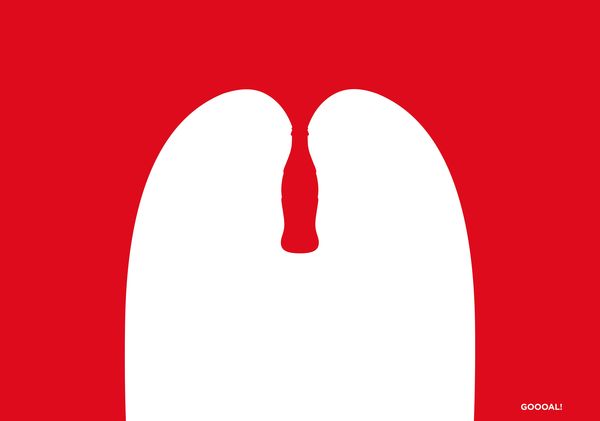 Laura McQuarrie — June 13, 2014 — Marketing
References: coca-colacompany & adeevee
It’s awesome when an advertisement can wordlessly tell a story, as these minimal Coca-Cola FIFA World Cup ads do. Considering that the 2014 World Cup is starting today in Brazil, the story told by these ads is no tall tale—there will be lots of screaming today and for days to come.

With such powerful branding, it’s easy to boil down the essence of Coca-Cola to just a few colors and shapes. Among them is the shape of the iconic curvy glass Coca-Cola bottle, which is used to form the tonsils and a gap between teeth in mouths that are passionately screaming about soccer goals. Since the color scheme belongs to Coca-Cola brand instead of a specific country, they instantly have universal appeal. The clever illusive ads were developed for Coke by the McCann agency in Uruguay.