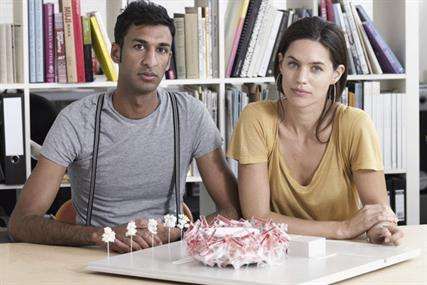 Coca-Cola Beatbox Pavilion Will Double as a Musical Instrument

Katherinev123 — December 6, 2011 — Lifestyle
References: insidethegames.biz & marketingmagazine
Share on Facebook Share on Twitter Share on LinkedIn Share on Pinterest
For the London 2012 Olympic Games, Coca-Cola is building a structure in the Olympic Park as part of its 'Future Flames' campaign, which encourages youth to be active in their local communities. The Coca-Cola Beatbox, as the pavilion will be called, has been designed by architects Asif Khan and Pernilla Ohrstedt (see photos).

What makes the Coca-Cola Beatbox pavilion stand out from other structures is that it has been designed to engage its visitors -- it will double as a musical instrument, allowing people to "play" the structure and create music. This innovative musical element is in line with Coke's 'Move to the Beat' campaign, as well as its Olympic campaign featuring English DJ Mark Ronson.

Coca-Cola's Maxine Chapman says that that Coca-Cola Beatbox initiative and the brand's association with the Olympics will, the company hopes, "shine a spotlight on Britain's brightest stars and inspire young people to pursue their passions."
0.7
Score
Popularity
Activity
Freshness
Jeremy Gutsche Keynote Speaker