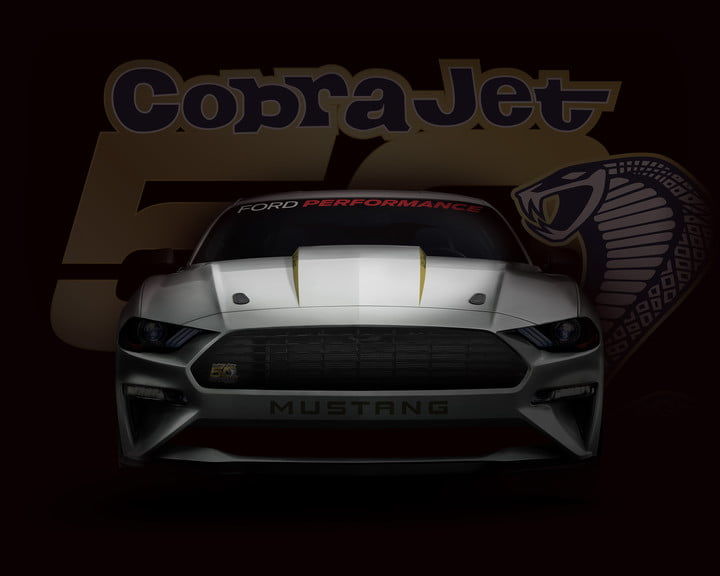 A New Cobra Jet Mustang was Built for the Vehicle's Birthday

Justin Lam — April 24, 2018 — Autos
References: digitaltrends & cnet
Share on Facebook Share on Twitter Share on LinkedIn Share on Pinterest
The Ford Cobra Jet Mustang is considered to be a legend in the automaker's history, and the brand has decided to celebrate the vehicle's 50th birthday with a new revival model. Like the original Cobra Jet models, this new vehicle will not be street legal but can be purchased as a collector's piece and will even replace the Ford Fusion in NASCAR's Monster Energy Cup Series in 2019. Only 68 models of the Ford Cobra Jet Mustang will be produced all of which will not have VIN numbers.

As a celebration of the vehicle's 50th birthday, the revived Cobra Jet will be an absolute powerhouse and is capable of running a quarter-mile sprint in the mid-eight-second range, with a top speed of 150 mph. This impressive speed is due in part to the heavily modified, supercharged 5.2-liter Coyote V8 engine. Rounding out the vehicle is a four-link suspension, nine-inch solid rear axle, NHRA-ready roll cage, drag racing coil-over suspension and a plethora of 50th-anniversary iconography.