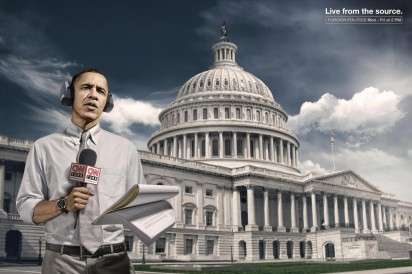 The CNN Foreign Politics Ads are 'Live From the Source'

Meghan Young — June 23, 2011 — Marketing
References: cnn & ibelieveinadv
Share on Facebook Share on Twitter Share on LinkedIn Share on Pinterest
When watching or reading the news, people want to feel as though they're privy to firsthand knowledge about a situation, and the CNN Foreign Politics ad campaign make that promise. With the simple and direct tagline, 'Live from the source,' this series of print ads show that the network isn't the middleman, but more like a tool for politicians and experts to address average citizens specifically.