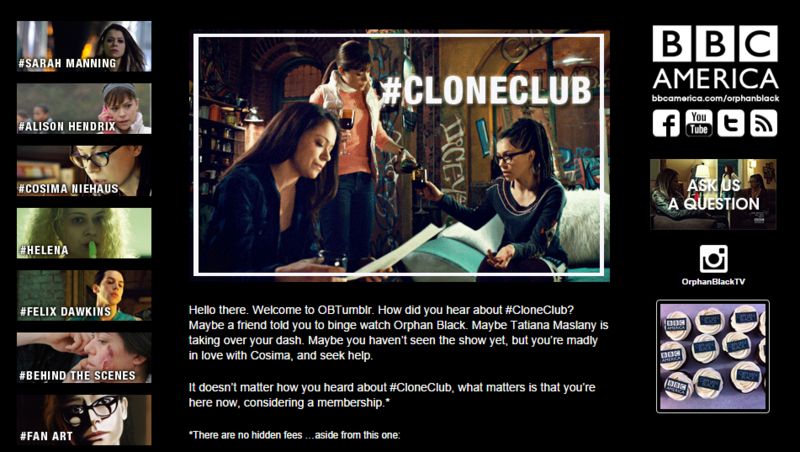 Laura McQuarrie — October 9, 2014 — Marketing
References: industry.shortyawards & orphanblack.tumblr
Just as Lady Gaga has her Little Monsters and Justin Bieber has his Beliebers, BBC America's Orphan Black has its own little corner of the Internet for fans to gather as part of the Clone Club.

The #CloneClub is the given name for the Orphan Black fandom, and a way for fans to share anything and everything to do with the show across social media. Although an introductory post on the Clone Club was posted to the official Orphan Black page on Tumblr, this hashtag goes beyond just this social site. One of the best things about becoming part of a devoted fan club is that joining is super easy and requires no sign up, only participation, which is often fan-driven. Although these communities have a tendency to naturally form on Tumblr, this is a great example of how Orphan Black got the ball rolling.
4.9
Score
Popularity
Activity
Freshness