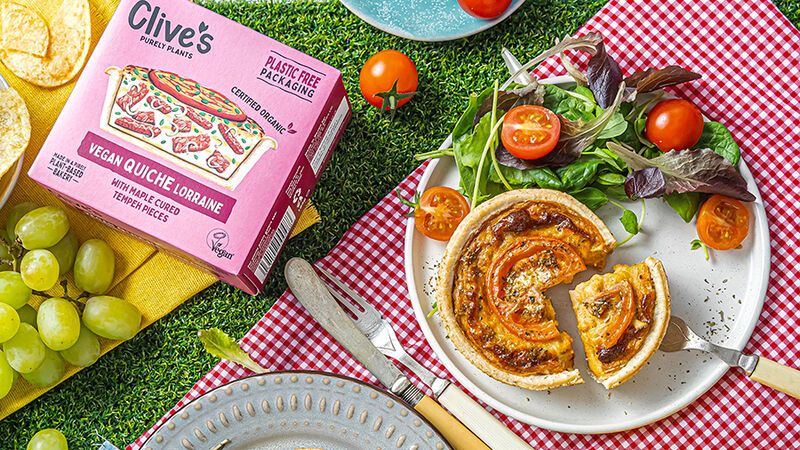 The Clive's 100% plant-based quiche Lorraine is made from a unique blend of okara (the whey from making soya blend) and Kala Namak, a sulphurous rock salt to mimic the texture of a traditional quiche. The quiche Lorraine boasts maple-cured locally sourced tempeh pieces, seasoned with paprika and marjoram and topped with a slice of tomato.

Managing Director at Clive’s Pies Esther Pearson said: “Clive’s have been at the forefront of plant-based innovation for 30 years and we are delighted to be leading the way once again with these vegan quiches.“Our clever Clive’s team have perfected the recipes and we are very proud of the results. Honestly, with food like these quiches, it makes plant-based eating really easy and tasty.”

The delicious new plant-based quiche from Clive's Purely Plants is now available nationwide at retailers like Waitrose, TheVeganKind and Frozenly.