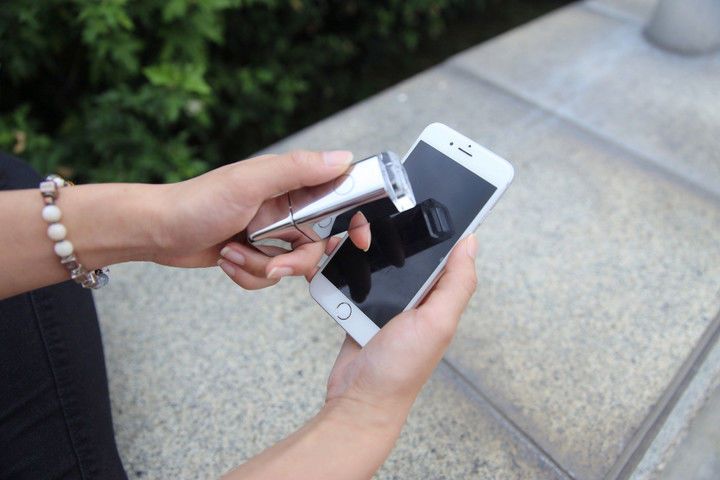 Joey Haar — October 18, 2016 — Lifestyle
References: kickstarter & digitaltrends
Share on Facebook Share on Twitter Share on LinkedIn Share on Pinterest
Even though they're invisible, benign and harmful bacteria are all around, and the Cleanty mobile device makes it easier to sterilize potentially unhygienic objects. The device uses LED UVC technology to either kill or incapacitate bacteria, cleaning all kinds of surfaces within a few seconds simply by shining its light on them.

Though it might seem far fetched, all that Cleanty uses to sterilize areas is light pulses. In the same way that sustained UVA and UVB light exposure can cause damage to people's skin (q.v. sunburns,) UVC light causes damage to bacteria. And, since bacteria are more delicate than humans, it only take a few seconds to cause serious cell damage. As such, simply running the Cleanty over an object for a moment will be enough to sterilize it.
5.1
Score
Popularity
Activity
Freshness
Get Trend Hunter Dashboard