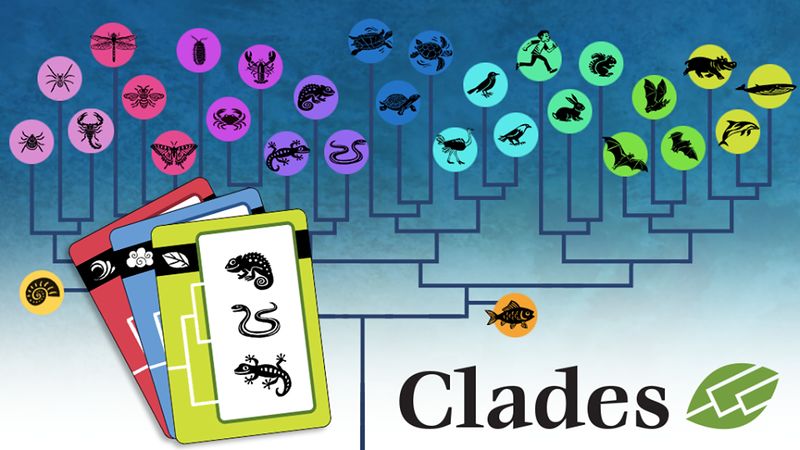 In Clades, players need to match cards with pictures of animals on them based on those that they're holding and those that are face up on the table. The cards are divided by attributes, which include environment, number (i.e. how many species are on the card,) color (which represents variety within a population,) and clade. Clades are a real scientific category that denotes a complete branch of the evolutionary tree, such as the orders Carnivora (i.e. mammalian carnivores) or Sauropsida (i.e. birds and lizards.)
0.5
Score
Popularity
Activity
Freshness
Attend Future Festival