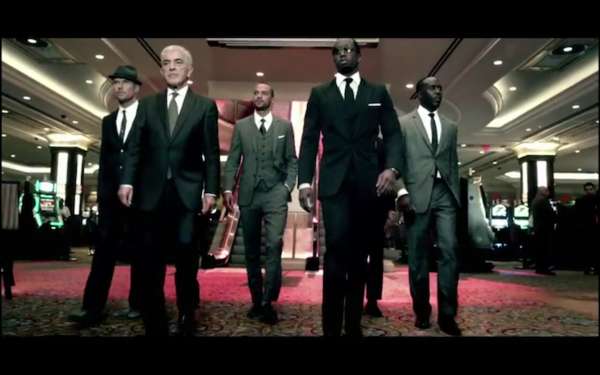 The 'Ciroc: Luck Be a Lady' Ad is Star-Studded and Adventurous

Centered around Frank Sinatra and a trip to Las Vegas, the 'Ciroc: Luck Be a Lady' ad campaign recruits teams some of the fashion world's best models with some of Hollywood's trendiest actors for an adventurous trip to Sin City filled with fine vodka, lush hotel suites, and extravagant dinner parties.

Ciroc has helped Diddy amass a fortune that rounds out at $475 million, according to Forbes. With star-studded and classy ad campaigns like this one, Diddy proves that his success is no accident. In an interview with AdWeek, Diddy spoke about why he thinks people are attracted to his brand. "I think I stand for aspiration. [That] hard work pays off," he said. "People from all walks of life and all over the world look at me and know my humble beginnings and know that everything I’ve done has been through hard work. People respect me as a marketer and brand builder."
3.8
Score
Popularity
Activity
Freshness
Attend Future Festival