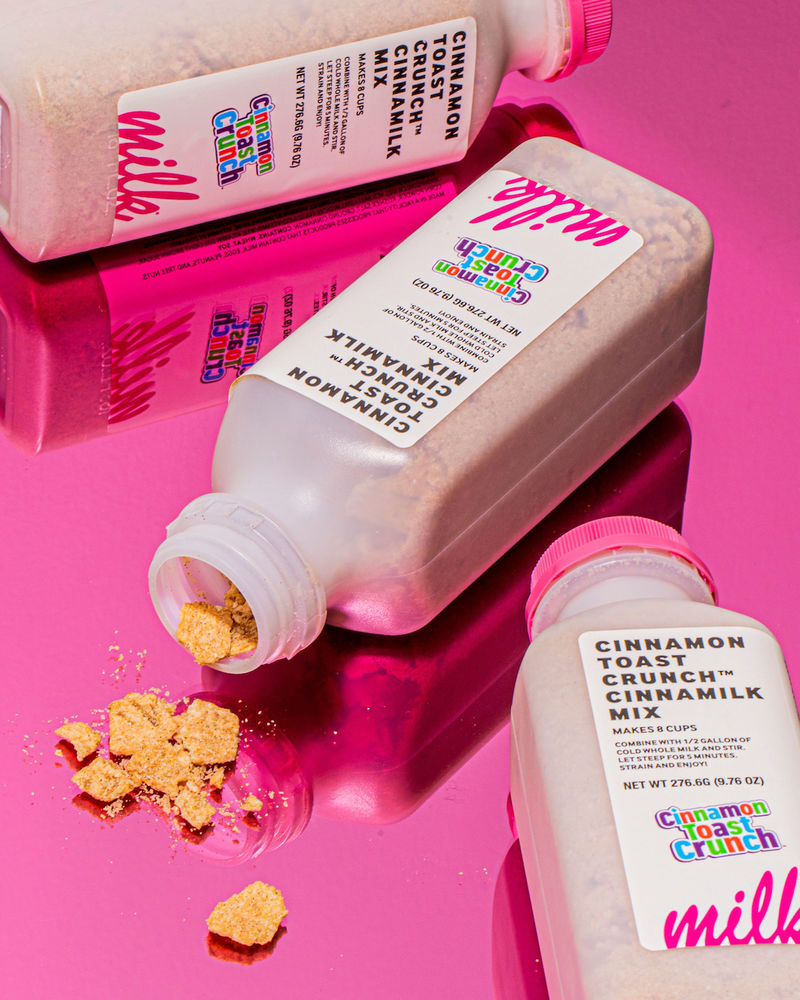 Based on Milk Bar's popular Cinnamilk, owner and award-winning chef Christina Tosi created Cinnamon Toast Crunch Cinnamilk Mix, which is designed to be combined with milk—once the product has been "steeped" for five minutes, the mix recreates the flavor of the milk that's left after enjoying a bowl of Cinnamon Toast Crunch cereal.