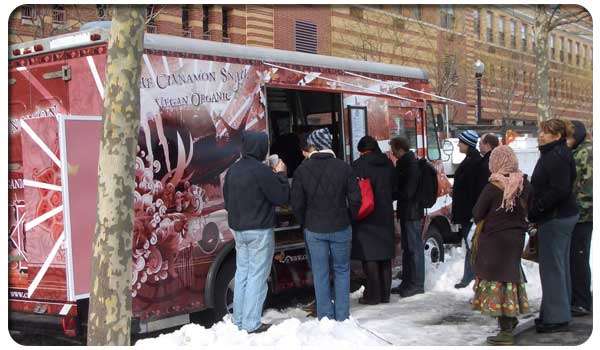 Owned by Adam Sobel, the Cinnamon Snail food truck is originally from Hoboken, New Jersey, but Sobel was able to get a permit to bring the mobile food service to New York City. If you visit the Cinnamon Snail website, you can read up on the history of the truck and how it came to be what it is. Here, you'll also find a menu filled with the Cinnamon Snail's delicious offerings, which include raw pizza -- veggies on a flax crust with cashew cheese -- artisan ginger ale, organic fair trade coffee and blue corn pancakes. The truck even offers spring water in biodegradable bottles.
4.1
Score
Popularity
Activity
Freshness
Attend Future Festival