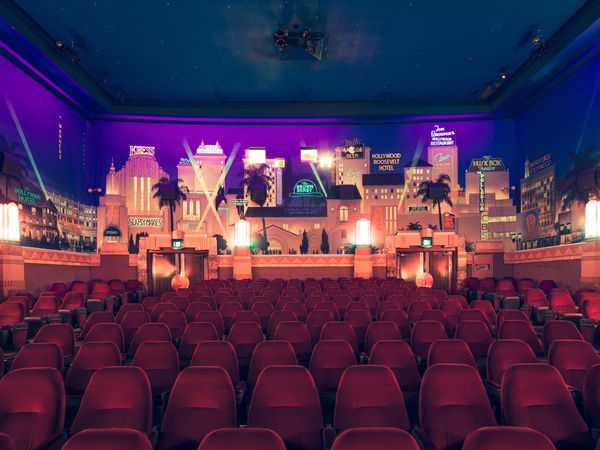 Meghan Young — February 7, 2014 — Fashion
References: franckbohbot & fubiz.net
Share on Facebook Share on Twitter Share on LinkedIn Share on Pinterest
Cinema by Frank Bohbot, a French photographer who studied in Paris and is now based in New York City, is a photo series revolving around grandiose film houses. Not one's typical movie theaters, the venues look more fit for a broadway musical or opulent opera performance. Yet it simply goes to show how lucky the United States is for their beautiful architecture that has been adopted for more modern purposes.

Captured throughout California, the photo series titled Cinema by Frank Bohbot is full of color, symmetry and ornate decor. Whether he captures the theater itself with its multitude of empty seats and decorated walls or he shoots the front lobby, which is host to the snack bar and waiting areas, Bohbot ensures that he relays the atmosphere of the spaces beautifully.
1.8
Score
Popularity
Activity
Freshness
View Innovation Webinars