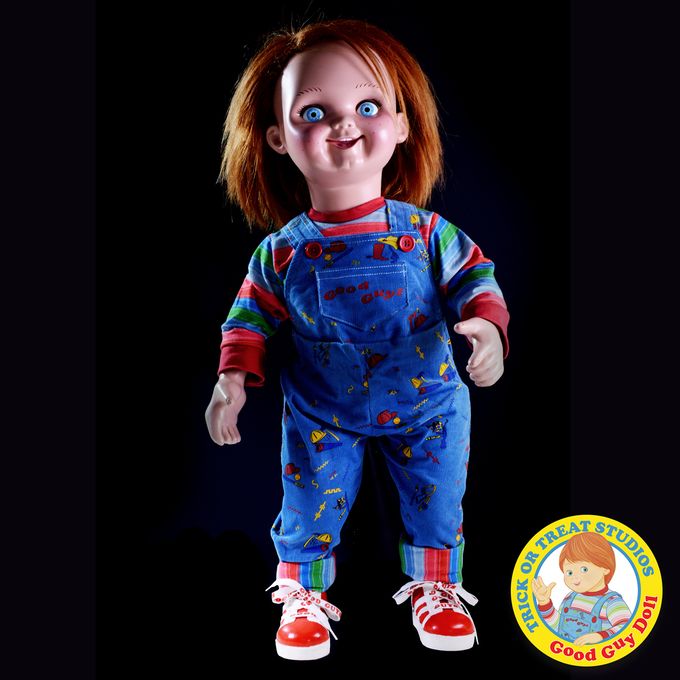 Justin Lam — April 13, 2018 — Pop Culture
References: kickstarter
Share on Facebook Share on Twitter Share on LinkedIn Share on Pinterest
Trick or Treat Studios' officially licensed Chucky Doll is an amazing interpretation of the iconic horror figure. Officially licensed this one-to-one collector's piece is the most accurate Child's Play product ever produced and is crafted using actual screen molds and original costume designs. The clothing on the doll is replicated using actual screen swatches and was meticulously curated to perfectly emulate on-screen models. The entirety of the Chucky Doll features a wire frame construction, surrounded by soft flexible foam, allowing the doll to be posed and placed in almost any position.

The creators of the Chucky Doll, Trick or Treat Studios, has a dedicated history of creating high-quality horror collectibles and has received major licenses from comics, gaming, music and film. The Chucky Doll is just the latest in the company's horror collection, but the doll is the first-ever officially licensed recreation of the doll and is sure to be an important piece to any horror collector.
2.2
Score
Popularity
Activity
Freshness
View Innovation Webinars