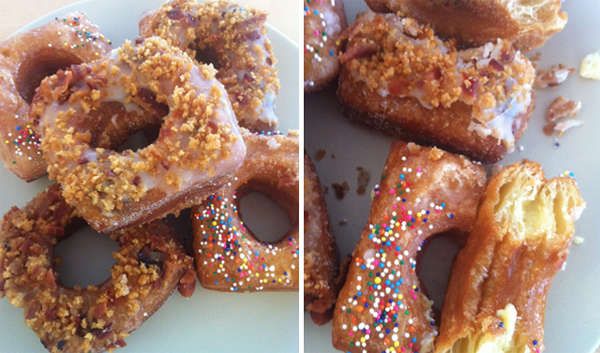 These 'Squats' Square Cronuts are Covered in Nutella & Bacon Bits

Created at Brooklyn's Le Petit Bakery shop, these chocolate-flavored Nutella bacon cronuts go under the name of 'Squats' because that's ironically the exercise you'll be stuck doing after munching on a few of these decadent treats. Made with the same original cronut croissant-donut hybrid dough, these 'Squats' cronuts infuse Nutella into the batter and add bacon bits on top. Since the debut of the 'Squats' cronuts at Le Petit Bakery, the sale of these delicious donuts have tripled meaning they are evidently worth the squat workout and the hundreds of calories.
5.4
Score
Popularity
Activity
Freshness
Jeremy Gutsche Keynote Speaker