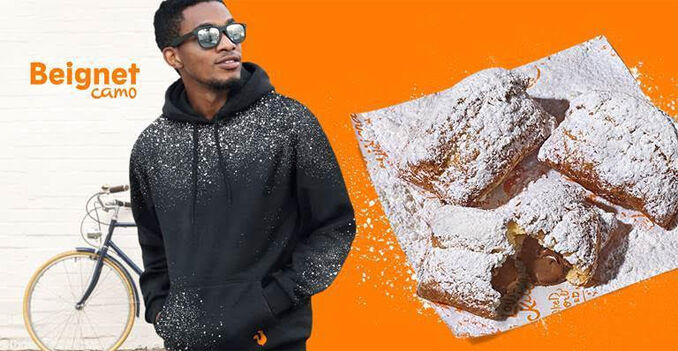 Grace Mahas — December 14, 2020 — Lifestyle
References: chewboom
Share on Facebook Share on Twitter Share on LinkedIn Share on Pinterest
Popular chicken-themed quick-serve restaurant brand, Popeyes, recently announced the launch of its new Chocolate Beignets across the nation. The brand first began testing the treats in October as a way to pay homage to its New Orlean's roots with a custom version of the deep fried treat.

The Popeyes Chocolate Beignets boast a French pastry with melted Hershey chocolate and topped with a coating of powdered sugar. The delicious new treats are now available at participating retailers in three, six, and 12-piece options. These are priced at $1.99, $3.99, and $7.49 respectively with some description per location.

Alongside the French-inspired treat, Popeyes is also launched the new Beignet Camo hoodie to cover "the inevitable mess" when eating these tasty treats.