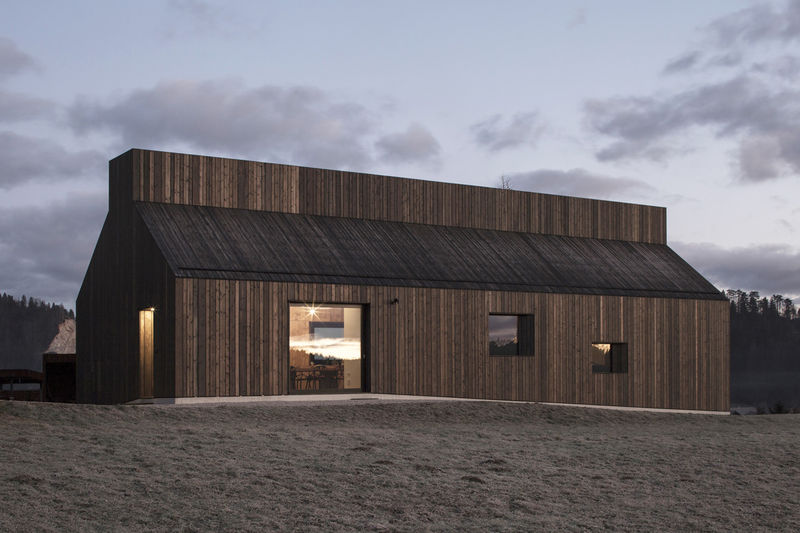 'Chimney House' Features a Single, Long Skylight Down Its Center

Joey Haar — March 30, 2017 — Art & Design
References: dekleva-gregoric & archdaily
Share on Facebook Share on Twitter Share on LinkedIn Share on Pinterest
Sometimes, certain architectural forms become so commonplace that they blend into the general surroundings, but Chimney House takes one of those forms and exaggerates it as much as possible. As one might have guessed, the form in question for Chimney House is the chimney, though the home uses that form in an interesting way. Rather than having the "chimney" funnel smoke or exhaust from a stove or furnace, Chimney House uses the design to create a massive skylight running the length of the home.

Chimney House was designed by Dekleva Gregoric Architects, and it sits in the suburban village of Logatec, Slovenia. Many of the surrounding homes have traditional chimneys, and these homes inspired Dekleva Gregoric's design.
4.6
Score
Popularity
Activity
Freshness
View Innovation Webinars