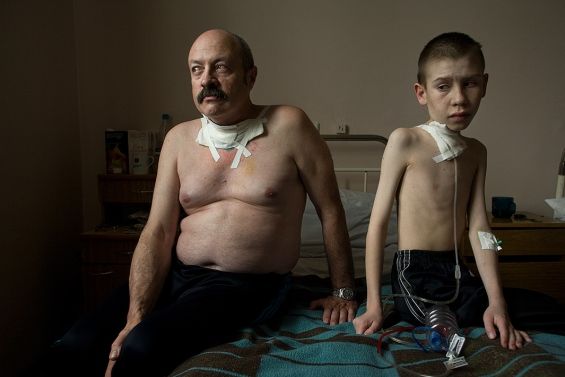 Showing viewers the devastation in the wake of the Chernobyl nuclear power plant explosion (which released radioactive particles over much of the western USSR and Europe,) photographer Gerd Ludwig went to Chernobyl several times to document the harrowing impact of this disaster.

“At first Ukrainian officials discouraged them (elderly citizens that chose to stay in their homes), branding them as illegal residents, but soon turned a blind eye, realizing that they preferred to die on their own contaminated soil instead of a broken heart in anonymous city suburbs,” says Ludwig.

Ludwig documents the changes and lasting effects of the disaster in his Chernobyl photography series and is helping spread awareness of the dangers of nuclear energy.
6.2
Score
Popularity
Activity
Freshness
Get Better and Faster