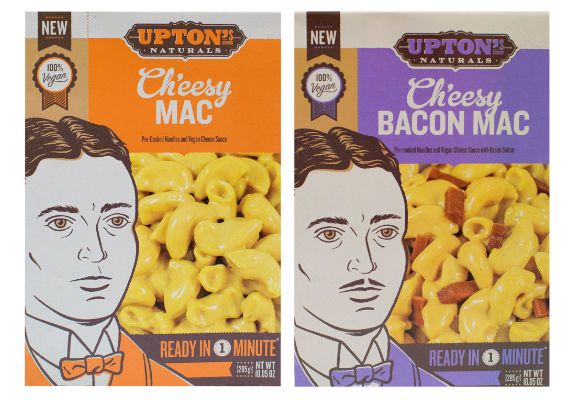 The two varieties are both vegan, made with a base of a nutritional yeast "cheese," and are free from nuts, dairy, oil, trans fat, cholesterol, GMO ingredients and artificial flavors. In addition to the classic Ch'eesy Mac, Upton's Naturals also introduced a Ch'eesy Bacon Mac, which features pieces of crispy seitan as a bacon substitute.

While these vegan mac and cheese products specifically appeal to those following a plant-based diet or taking care to avoid certain ingredients due to sensitivities, the fact that these macaroni meals can be prepared in about a minute will be appealing to all consumers. Other than a small "100% vegan" badge on the front of the packages, the Ch'eesy Mac products resemble classic mac and cheese boxes.
1
Score
Popularity
Activity
Freshness
View Innovation Webinars