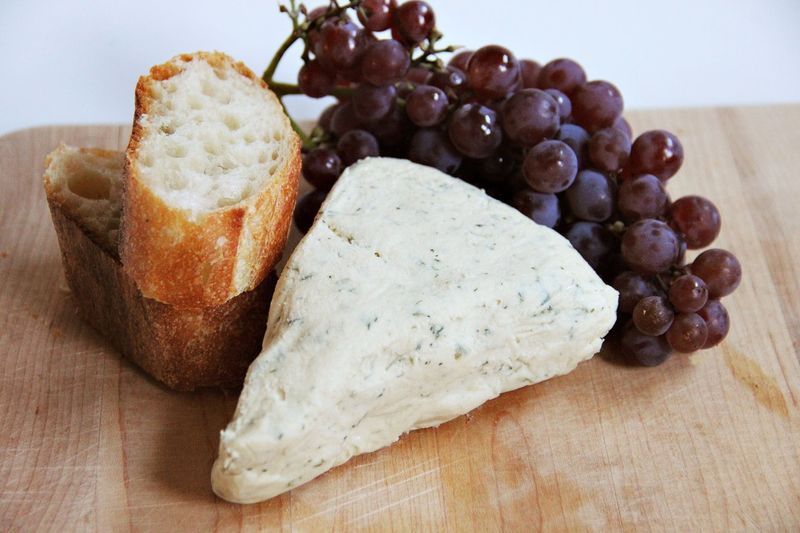 Laura McQuarrie — January 12, 2016 — Lifestyle
References: vtopiancheeses
Share on Facebook Share on Twitter Share on LinkedIn Share on Pinterest
One of the biggest problems with dairy-free cheese alternatives is that they end up looking like unconvincing replicas of familiar food items. With an unusual sheen or a texture that seems a bit off, vegan cheese rarely looks like the real thing. However, Vtopian Artisan Cheeses may have perfected the art of making dairy-free cheese could dupe anyone.

Vtopian sells wedges, cheddars, bries and spreads that don't immediately seem to give up the fact that they're not made from traditional products. Rather than sourcing ingredients from animals, the cheeses are made from plant-based sources like cashews, chickpeas, miso and soy yogurt.

With the ability to melt, spread and crumble, the Vtopian Artisan Cheeses seem to behave in identical ways to their dairy-based counterparts.