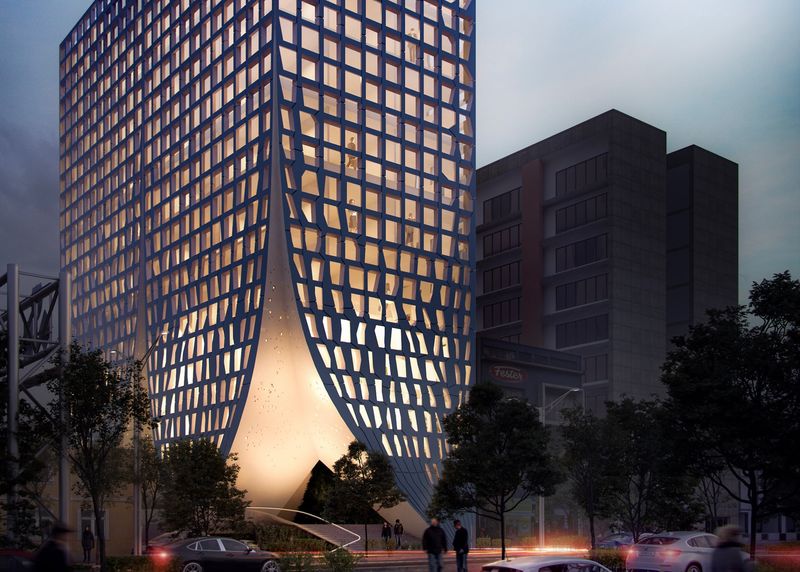 Joey Haar — July 20, 2017 — Art & Design
References: dezeen
Modern architecture often feels magical, but the concept for Chapultepec 500, an office building slated to be built in Mexico City, draws back the curtain — literally. That is, after seeing the completed tower, one will likely be more mystified than ever before, because its design makes it appear as though the concrete facade is being gently drawn back like a gossamer curtain.

At one corner and along one side of Chapultepec 500, the building splits and gracefully expands as it reaches the ground. The curtain-like effect will be achieved through the clever use of supports that will be strategically placed around the outer edges of the building. These four concrete "legs" will support the heavy illusion by curving along with the shape of the design.
5.5
Score
Popularity
Activity
Freshness