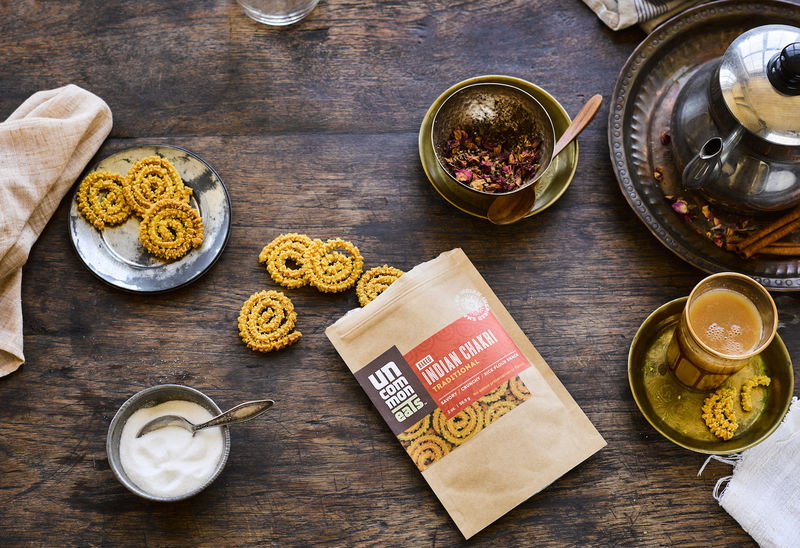 Although chakri is a traditional snack from India that is made with rice flour, Uncommon Eats is reinventing it for modern audiences. As the snack is typically fried, the brand sets itself apart by making an oven-baked version. The resulting product is crispy, savory and boasts an unforgettable spiral shape. When it came time to create packaging for the product, designer Nikki Cole opted for a simple craft paper back to "echo the rustic but refined nature of this adventurous brand."

Across North America in particular, consumers are becoming interested in exploring a variety of Indian-inspired snacks, including everything from naan chips to turmeric bean dips or sweet and savory yogurt pots topped with lentil puffs.
2.8
Score
Popularity
Activity
Freshness
View Innovation Webinars