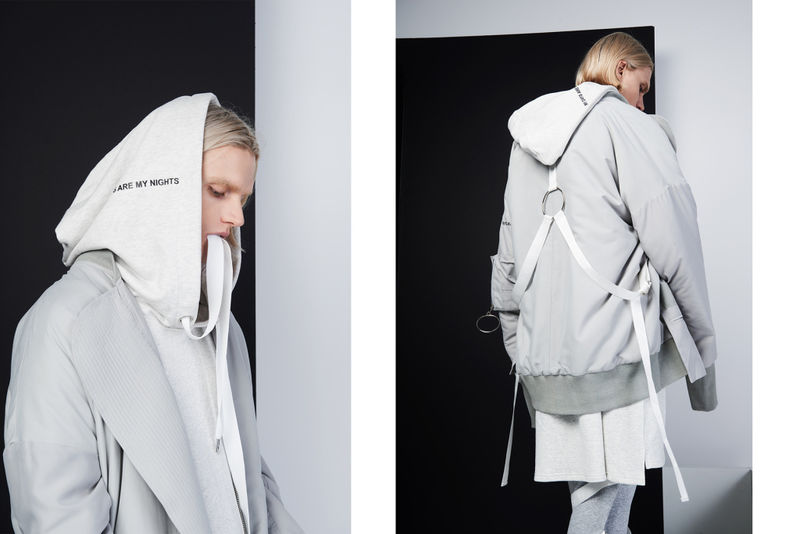 As the name of it might suggest, the clothing that's found within the lookbook swaps between light and dark tones, with white and gray making up many of the ensembles, while others feature black, deep gray and dark military green. In order to enhance the Days/Nights theme, CGNY has models pose against a minimalist black and white backdrop, further drawing attention to the stark contrasts that it aims to promote.

Pieces are relatively casual, with oversized sweats making up the majority, in addition to bombers and leather jackets. Graphics decorate the material, with the phrase "MY DAYS ARE MY NIGHTS" repeated throughout.
6.3
Score
Popularity
Activity
Freshness
Get Better and Faster