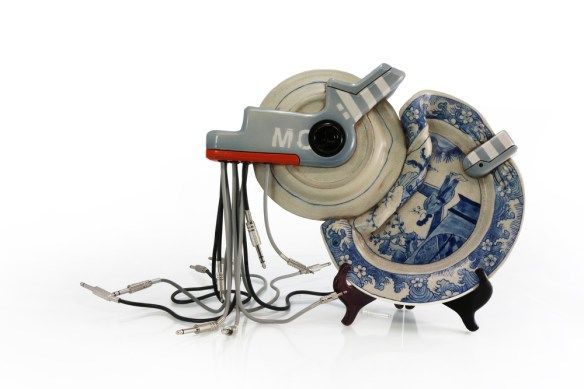 Kalina Ned — January 25, 2018 — Art & Design
References: brendantang & hifructose
Share on Facebook Share on Twitter Share on LinkedIn Share on Pinterest
Brendan Lee Satish Tang explores the meaning of culture, heritage and pop iconography with his ceramic sculptures. Through his work, he aims to reproduce something that is both intellectually and visually compelling, while also attaining the ability to mirror "his identity as an ethnically mixed Asian Canadian."

In his artist series 'Manga Ormolu,' the sculptor channels the realm of art history through Chinese Ming dynasty vessels and contemporary pop culture. The mash-up technique in his ceramic sculptures mimics the popular notion of remixing musical soundtracks.

The hybridization of ceramic pottery and techno pop art detailing is reminiscent of a more neo-classical approach to steampunk. In a statement about the series, Brendan Tang shares that it is "through content, form and material, [that the Manga Ormolu'] demonstrates the conflicting and complementary forces that shape our perception of Ourselves and the Other."
3.8
Score
Popularity
Activity
Freshness
Access Advisory Services