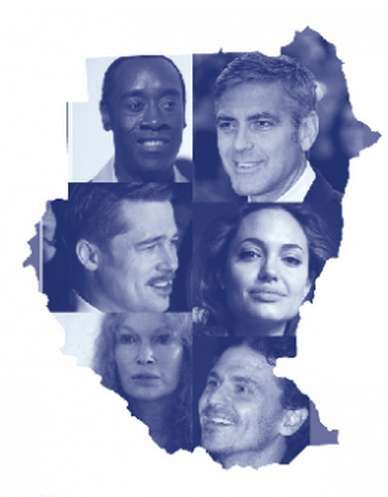 Jennifer Gosnell — April 14, 2013 — World
References: humanosphere.org & motherjones
Share on Facebook Share on Twitter Share on LinkedIn Share on Pinterest
The Mother Jones created 'Celebrity Map of Africa' is an interactive new tool to view which celebrity has been (and "claimed") which part of the continent. In light of recent criticism by Joyce Banda, President of Malawi, against Madonna's visit to her country, celebrity "volun-tourism" has come under fire once again.

The map gives a legend to understand what celebrity actions it is showing. The legend has options of took a trip, built a school, started a charity, sang a song about it, made a film, wrote a book, got a royal title and acquired a child.

Though these actions are not necessarily bad for bringing exposure to some of the poorer parts of Africa, Banda's criticism of Madonna stemmed from her request at being treated as a "VVIP," without having been formally invited to the country.

The interactive map is a fantastically visual means of viewing the celebrity exposure of some parts of the continent.
0.7
Score
Popularity
Activity
Freshness
Access Advisory Services