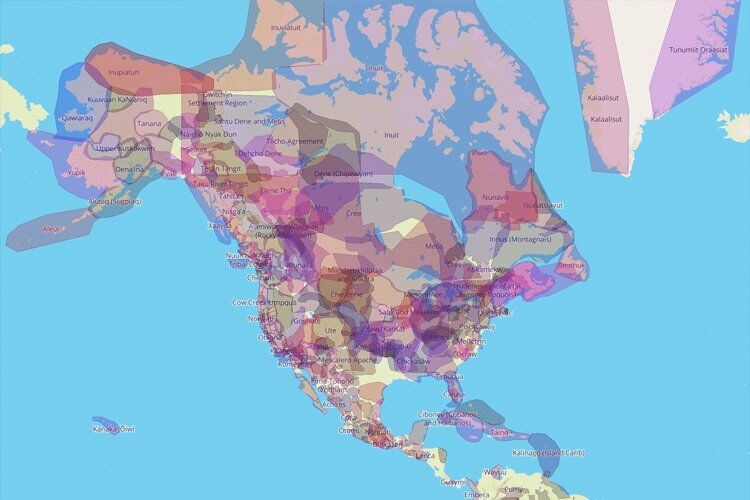 The 'Native Land' App Shows Which Indigenous Lands You Live On

Grace Mahas — November 26, 2020 — Social Good
References: native-land & mymodernmet
Share on Facebook Share on Twitter Share on LinkedIn Share on Pinterest
In an effort to better inform the public of the complex land history of the world, Vancouver-based web developer, Victor Temprano, launched an interactive digital map dubbed 'Native Land.' The tool shows which Indigenous groups resided in any given area over the centuries up to the present day.

Native Land is supported by user feedback and community contributions, that being said, the platform does disclose that the boundaries represented on the interactive map are not definitive. The platform should be viewed as a stepping stone for users to learn more about complex history or where they reside. Ultimately, Native Land hopes to showcase that " Indigenous people have lived all across the land at one time," helping to "unpack a history of colonialism and genocide."