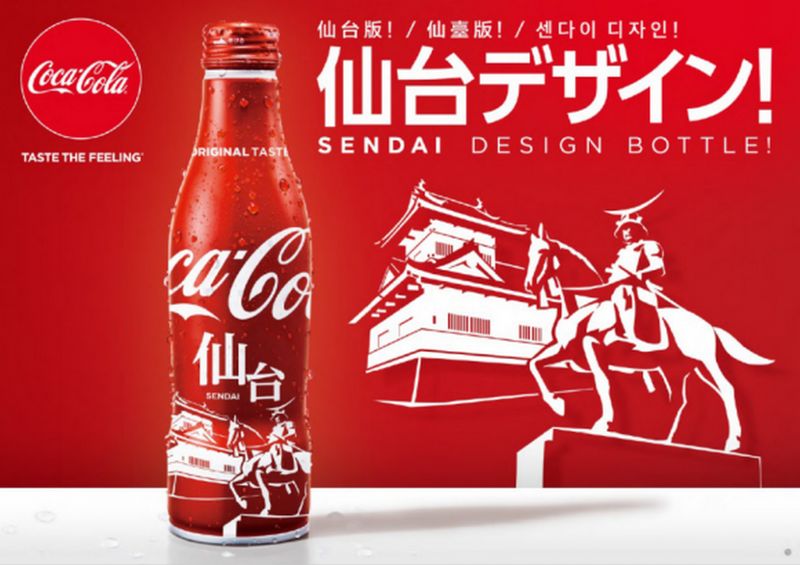 Justin Lam — June 22, 2018 — Lifestyle
References: soranews24 & luxurylaunches
Share on Facebook Share on Twitter Share on LinkedIn Share on Pinterest
In 2017 Coca-Cola released a limited-edition line of slim bottles that paid tribute to some of Japan's most famous cities, but a new line of celebratory Coca-Cola bottles will showcase more Japanese cities. Showcasing Sendai, Nagoya, Chiba, Koshien, Hiroshima and Ishin, each bottle will only be available in their corresponding area. The various celebratory Coca-Cola bottles will feature designs of iconic symbols of each city and will honor history, myth and sports teams.

The Sendai bottle will feature a take on the statue of the Samurai Date Masamune featured prominently in the city. The Nagayo bottle will have the mythical Kinshachi creature on the bottle. The Chiba bottle is the most contemporary and sports the Tokyo Bay Aqua Line expressway as well as a surfer. Koshien Stadium is featured on the Hyogo bottle. This baseball motif is continued on the Hiroshima bottle which features the logo for the Hiroshima Toyo Carp team. The last of the celebratory Coca-Cola bottles represents Ishin and will showcase Saigo Takamori and Sakamoto Ryoma.